Challenge Ticino 2021:
Success in the team competition organized by Carlo Baggi for TC Bellinzona 1, that in the final of this afternoon in Maggia got the better of TC Vallemaggia for 3 to 0.
In the men’s singular Ernesto Sorrentino defeated Manuele Nalli 6-0 6-1.
In the women’s singular Marzia Narducci beat Debora Baumann 6-1 6-1.
In the mixed doubles the players Paola Gervasoni Balestra and Andrea Ghiringhelli won, beating the couple formed by Leda De Bernardi and Michele Nicca 7-6 6-3.
At the end of the matches was held the awards ceremony with the delivery of the Cup to the winners by Carlo Baggi, Vice President of ArTT.
To follow a nice refreshment offered by TC Vallemaggia. 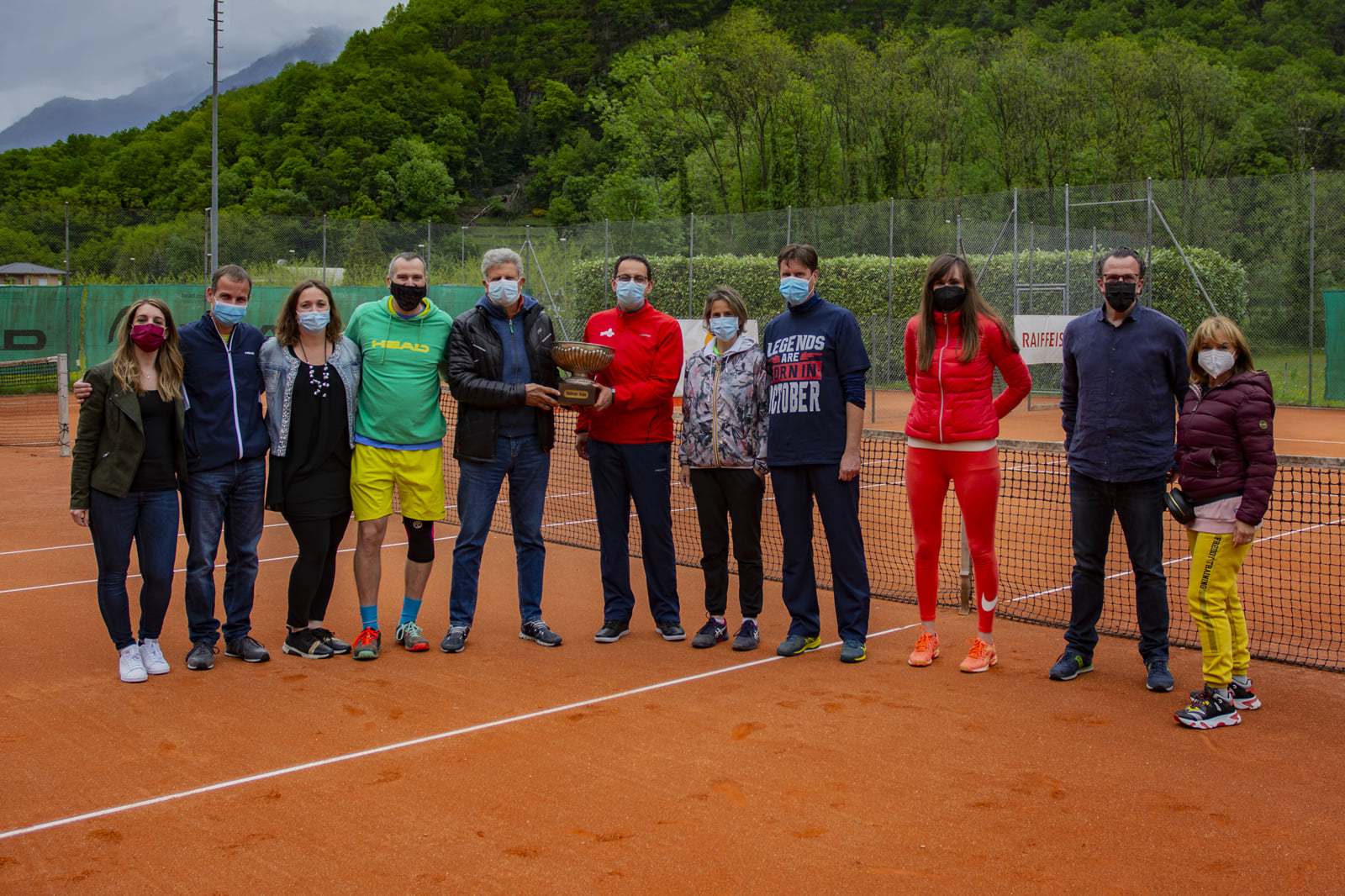